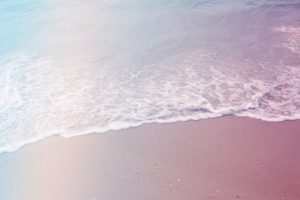 If you are puzzled by the title of this blog then you’re probably not one of the many fans of this summer’s hottest TV programme; Love Island.  I have to own that as someone who did their dating in the 70s, I am having to learn a new language, get my head round the rules of dating (which seemed to have changed completely). And I really want to know, how are they avoiding tan lines? The girls sit in the sun in a different bikini every day and yet there’s not a tan line in sight!

The ITV2 reality show involves throwing a group of beautiful young people together in a villa somewhere in sunny Mallorca in a quest to find love. And true to all good reality TV, there are lots of twists and turns. All designed to cause drama for those in the villa and entertainment for the viewers.

The aim is to ‘couple’ with someone in a bid to find love, become the public’s favourites and ultimately win £50,000. It has achieved huge success for ITV2 capturing its highest viewing figures ever, averaging at 2.9 million as the singletons entered the villa. The show had over 80,000 applications from hopefuls wanting to take part and bagged a BAFTA this year for best reality show.

But Love Island is not without its critics; one islander’s behaviour led Women’s Aid to issue a call for viewers to speak out against domestic abuse. Additionally, there is a call for the programme to represent more ‘body diversity’, with claims it is setting body standards that just aren’t the norm for many and as such is an unhealthy model for young people. This is particularly worrying when you consider the target audience is 16 -34 year old females.

As a relationship counsellor of over 20 years’ experience, I wonder what messages Love Island is giving about relationships in today’s world. I am sure there are those who would say it’s just a game or a bit of fun and that the participants know what they are getting themselves into. But is it and do they? Feelings can be tricky things and we often have no idea how we are going to react in any given situation until we find ourselves there.  I have a feeling that Laura, who has just been ‘mugged off’ by Wes after believing he was ‘falling for her’, isn’t really getting that game vibe right now.

In our intimate relationships we strive for connection, security, trust and love. Yet the very nature of Love Island means it thrives on creating insecurity and anxiety for those taking part. I for one (and I know I’m not alone) have found myself strangely addicted to watching. I find myself at times angry and saddened by the seeming behaviour of those in the villa. And also concerned the whole thing is trivialising something so important; our most special relationship with another person.

Or a conversation starter…

Yet, I have to admit that since starting to watch, I have had more conversations with friends, family and work colleagues than ever about relationships and what is ok and not ok. Social media is alive with posts on the action and people’s thoughts about it. Could it actually be that Love Island is encouraging dialogue on relationships in a good way for those of us hooked on the action?

I still need convincing if this type of reality genre is good for relationships and whether it is healthy for those directly involved, or for those who never miss an episode.

I guess I will just have to keep watching to find out.