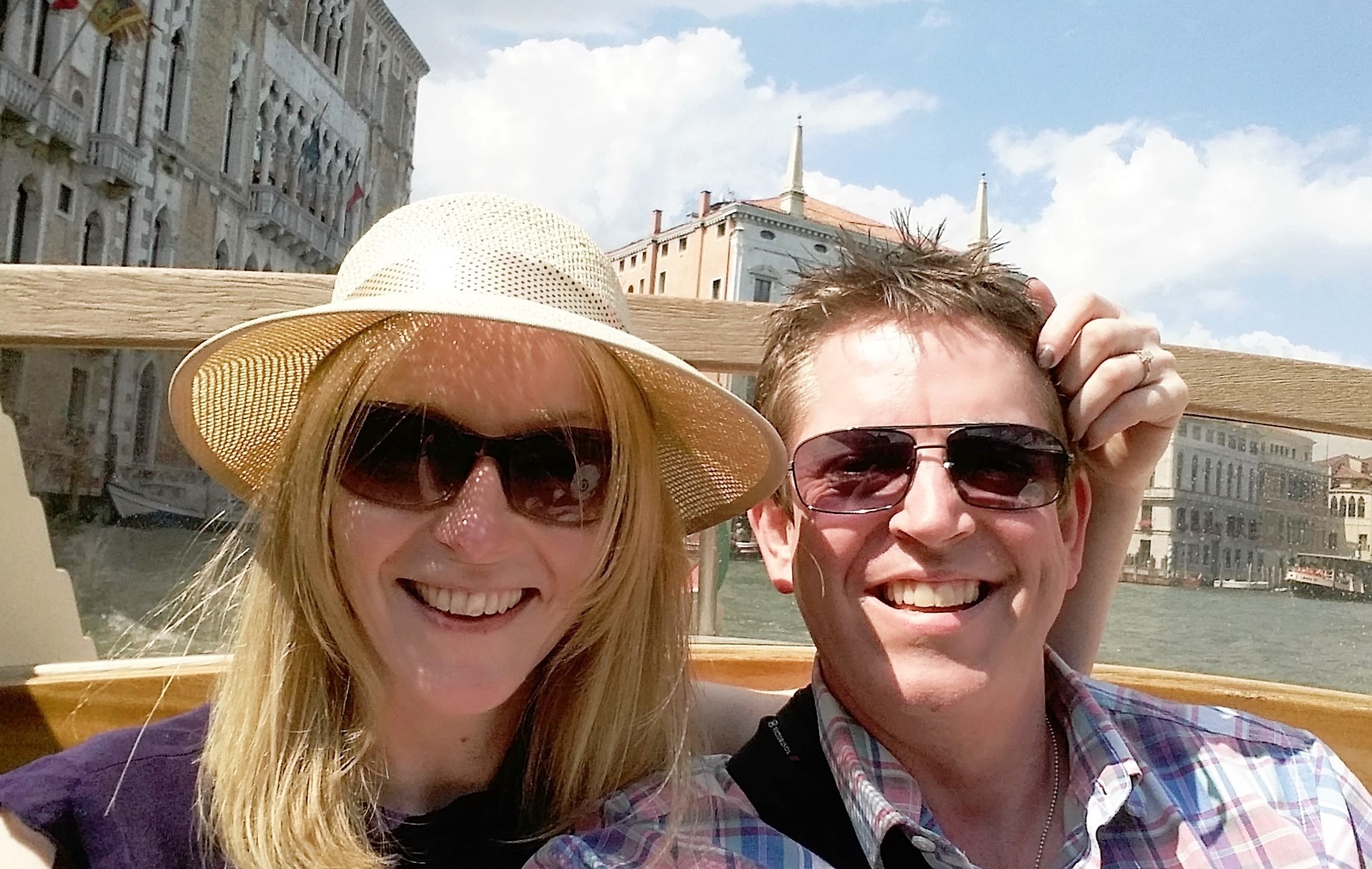 “Going into marriage we now feel extremely comfortable and even more secure than we did before.”

Kristian and Clare took part in a FOCCUS session in October 2018 and were very happy to share their experience with us.

How did you meet?

Incorrectly believing we were at school together in Blackpool – and with a joint love of dogs we kept liking each other’s Facebook posts. On 4 July 2013 I private messaged Clare with “Hi”… and – after a 7-hour written conversation – we realised we had much more in common than just dogs. We were totally smitten from that point on. I was living in London and so I travelled to Blackpool monthly for weekends and I would stay at my parents. This grew over 2 years until we realised we wanted to spend every moment we could together  so I sold up lock-stock and after 25 years away I moved to Blackpool. We have been inseparable since.

When did you get engaged and  how did you pop the question?

We got engaged on a water boat, in Venice! We went on a train tour of major cities in Italy and I had arranged to visit several romantic places in each city. I carried the ring everywhere with me for 8 days and had several opportunities, but it was only when we arrived in Venice on a beautiful sunny day did the moment come. On the way to the hotel – I could see the wonder on Clare’s face and thought – this is it… I suddenly became very nervous and simply opened the box saying, “It seems the right time to give you this…” She said yes immediately. To be honest, I was just glad I no longer had the responsibility of carrying such an expensive item!

How did you hear about Marriage Care and our FOCCUS marriage preparation service?

Through our involvement with our Parish Church and in preparation for our commitment to each other. I hadn’t heard of it before that. We received an online questionnaire – with about 100 questions – which we had to fill in individually & separately. The answers were simple tick boxes – so it was not too time-consuming. It was very interesting and made us both think about things we may not have considered. Our responses were then compared by FOCCUS and a report was generated on the “compatibility” of our answers. We discussed with the FOCCUS Facilitator where our answers differed, why they differed and if these differences may cause any future issues. It was very intriguing. It didn’t cause any conflict but raised some very interesting discussions about our different opinions – some related to how we perceive marriage and others related to perceptions of marriage created from our parents or upbringing.

How did you feel about doing FOCCUS before you started?

We were a little worried about how intrusive it may be to our relationship and as with anything unknown  we were apprehensive. Given we both work full time and have a busy family life it was also a challenge to get the time to fit it in and it had to be rearranged a few times.  But we were very much made at ease; Liz our Facilitator was extremely friendly, professional and lovely. We had some very insightful discussions, guided by Liz, making sure we were both seeing each other’s views. We are very open with each other and discuss everything but FOCCUS raised points we simply had not considered. It was great to get them on the table and it was equally nice to see the many areas where we were aligned and this reinforced our relationship.

Were there any surprises?

Yes there were! One example is whether you would accept financial help from your family if we fell on hard times I answered “yes” but Clare had answered “no”. I hadn’t realised she was so proud and independent. We discussed with Liz and continued further when at home. We have now fully agreed on a course of action should it ever occur. This has saved us the stress of having (unknown) opposing opinions in the event we did fall on hard times – which would be stressful enough. Another example was that I (bravely) said that Clare spends too much time on her tablet. To my relief she accepted it and has made changes since.

What was the best tool/advice you got from FOCCUS

The best takeaway is the importance of making time for communication. Whilst Clare and I are very good at communicating at times our busy work and family life can take over. It’s so important to have time alone together away from everything including social media, phones, laptops, tablets and television. The greatest gift we can give each other is time.  Going into marriage we  feel extremely comfortable and even more secure than we did before. Whilst marriage is a journey in which we cannot plan for every eventuality, being  prepared for where we differ and where we agree will certainly make life easier.

What you would say to other couples about doing FOCCUS marriage preparation?

I would say “do it”. Take the leap of faith and accept that no matter how well you think you know your partner, it is well worth exploring. Things may come up that will totally surprise you – better now than later.