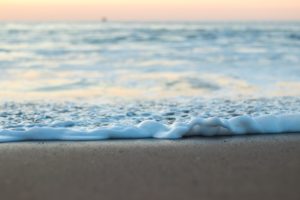 Love Island 2018 has finished, we followed the drama along with many people in the UK. Even though it’s a reality TV show, I believe there are some aspects of relationships that the show highlighted that are worth mentioning. I would like to focus on vulnerability; it is a key component of any healthy relationship. How much you reveal of yourself and how your partner handles that can have a serious impact on the relationship as a whole.

I found Megan’s case particularly interesting. She was desired by many of the male contestants and disliked by many viewers. Twitter was aflame with memes and jokes about her for a few weeks. In the first few weeks of the show she showed a very flirty persona but it was only when she got together with Wes that she started showing a little more about herself. She shared with him and others in the villa that she felt insecure about herself because of the jobs she’d done in the past, one of them was glamour modelling. She was afraid Wes did not see her as someone he could be with long term and she also harboured fears that his family might not accept her. Wes took steps to reassure her and let her know that he does want to be with her long term and that his family would like her. All this despite that horrible lie detector episode!

All of us go into relationships with some kind of emotional baggage and it takes maturity and skill to deal with the more tender parts of ourselves, especially when feelings of unworthiness lie beneath the image we project out to the world. Megan and Wes’ relationship developed in a way that allowed her to share some of those insecurities. I think it takes courage to open up the way she did and I believe it allowed for their relationship to grow. Megan’s behaviour stands in contrast with contestants like Alex who, despite all the love and second changes, didn’t seem able to establish a connection with anyone because he often felt there was “pressure”.

A common mistake people make in relationships is to assume that the other person will know what is going on with you. Most of us are guilty of it. I spend a lot of time reading about and reflecting on what makes a good relationship but I sometimes wish my partner could just know. Often we are afraid that if we say what’s going on the other person won’t be able to handle it. And that may be the case but if there’s something that’s affecting your relationship, it is usually better to say it. Megan may well have been afraid of telling Wes how she felt but she told him. When we let the things that we feel insecure about sit inside us without dealing with them, they do impact our relationships. If you have something like this going on, try not to make assumptions about what your partner knows or doesn’t. Share it with them if you are comfortable with the level of trust you’ve established as a couple. Talk about the ways it could impact your relationship and try to find some ways of dealing with it together.

Be willing to work on yourself

In the show, we also heard Megan admit that one of the reasons she feels insecure is because if she had a child, she wouldn’t necessarily want her child to bring home someone who had the jobs she used to have. That statement alone takes a good amount of self-awareness. Wes’ response to the situation was very mature and his parents like her! However, as much as Megan wants outward validation, she probably needs to do some work on how she sees herself and that has little to do with Wes’ view of her past. It is important to understand that validation from others has its limits. It’s great if your partner tells you that they love you despite whatever insecurity you have. But often we need to do a good amount of work on ourselves to deal with insecurities. We need to ask questions of ourselves and grow to accept the parts of ourselves we aren’t so comfortable with.

It is also good to recognise that opening up isn’t always a pleasant experience, especially early on in a relationship. Ultimately, you and your partner should decide how much you reveal of each other. Make sure that you feel safe and that you help your partner understand how important a particular detail about your life is to you. Vulnerability is risky but it is also the only way to move a relationship into a deeper, more fulfilling space.

A word of caution

While I champion the idea of being vulnerable with others, this can only be done in a relationship that is healthy. If you find that you’ve shared something with your partner or a friend and they use it against you, it could be a sign that your relationship is not healthy. An example would be a man telling his partner that he is insecure about his weight and his attractiveness and her making fun of him or bringing it up constantly as a way to make him feel inferior and unattractive. A person who preys on your vulnerabilities is not a good partner. If you are in a situation like that, it might be worth considering whether you want to carry on with the relationship. Emotional abuse is often difficult to describe. The charity Refuge put together a list of behaviours that are abusive, if you’re worried about yourself or someone else, take a look at the list.

Written by Yessica Apolo
Photo by Roberto Salinas on Unsplash