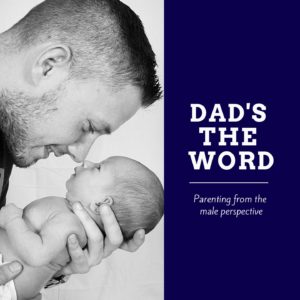 For many children, their father is their first superhero.
Many of us can recall having piggy-back rides on our father’s shoulders, or asking them to help with our homework, as if they were a fountain of endless knowledge. They would scoop us up and tend to a grazed knee or reassure us in the melancholy aftermath of a first heartbreak.  It is apparent that the role of a father is a significant contributor to a child’s emotional and interpersonal development.

Furthermore, from the beginning of humanity, the need for a strong father figure has been idolised in literature and religious texts. In an article from The School of Life, they explain:
“In ancient Greece, Zeus was described as the ‘father of men and Gods’; in Christianity, God was the heavenly father; in Germanic mythology, Odin was the Allfather, the father of all other gods.”

But what is parenting like from the father’s perspective, taking on such a capitalised role?

For men welcoming newborns into the family, particularly if the child is their first, the upheaval of usual routine and the change of relationship dynamics with their partner can be huge. Moreover, if the birth of their child has been complicated, this can interfere with the parent and child bonding process. As interviewed by The Telegraph, new father, Gary, shared how he struggled to accept his baby after his wife suffered through a horrific birth:
“Sometimes I feel detached from my daughter, and I’ve even had thoughts of harm to her or myself. And dreams and flashbacks of the birth are becoming increasingly vivid… men often become left out…I feel that the need for paternal support is often overlooked.”
While most studies into the psychological impact of traumatic births is focused on women, men can also develop mental health issues from the experience.  “For some fathers, birth can be like having front row seats at a slow-motion car crash”, explains Dr. Anna Machin (telegraph.co.uk, 2016).

When a woman becomes a mother, her brain releases biochemical reactions in preparation of becoming a parent, brought on by pregnancy hormones.  Therefore, by just looking at her baby, the reward system in the mother’s brain reacts, bringing her closer to her child (theatlantic.com, 2015). Furthermore, the ‘love chemical’ oxytocin is induced through breastfeeding, continuing to secure the mother and baby relationship (nbcnews.com, 2013).

As father’s naturally don’t experience chemical reactions to the same level of a mother, it can be more difficult to form an immediate bond. Therefore, experts suggest alternative ways to aid paternal attachment, such as attunment, day-to-day care and skin-to-skin contact with their baby as soon as possible. However, more recent research suggests that men can experience an increase in oxytocin, a decrease in testosterone and higher levels of vasopressin, a hormone linked to bonding as well as the maternal stress response (nbcnews.com, 2013).

Societal attitudes can also play a part in the father’s involvement in their child’s life. In a study conducted in 2019 by The Millennial Dad at Work, the statistics of employer’s attitudes to father’s needs demonstrate how they did not always work in favour of a fair work/ life balance. The key findings show:

In conclusion, parenthood, for either parent, can be an emotional, joyous but sometimes strained time. A multitude of research shows that childhood development is largely shaped by their caregiver. The social and emotional part of the brain does not develop naturally, but is shaped by interaction (Sue Gerhardt, 2003). Therefore, it is highly suggested that the happiness and mental wellbeing of the parent has a profound effect on their relationship with their baby. To a child, their caregiver is their world. Could more be done to support the mental and emotional wellbeing of new father’s as they embark on one of the most challenging roles of their life?

If you, or your partner, have been affected by any of the issues raised in this article, please see the links below for support. If you need immediate support, please contact your GP.

back to
Get Advice